There’s something elating about getting up early on a Saturday Morning.

Said no chubby runner EVER.

What is elating though is running with dinosaur pants on, wearing a Hygge band to bring more attention to your egg shaped fivehead and wearing a bright yellow jacket. Why I need to be seen and reflect all the light at 9.30am I will never know.

I do get a little nervous before a run. I get so caught up in worrying about all the opinions people have of me; but after a few moments and I have found my feet and pace; those thoughts go and the running rush that people describe is a real thing.

I planned an easy 5km. At the 2.5km mark where I usually turn around, I felt like I could go further. I ended up doing another kilometre and even then, I wanted to go further but I had left my water at home and I was getting rather thirsty. So we managed a 7km – what a miracle! I even forgot that every part of me wobbles. Well not my boobies because I have a glorious Sports Bra from Figleaves. I wonder if we get enough shares, visits and subscribers they will send me a free one to support these badboys. We could even start a new hashtag – #figleavesforgem. If you are interested in my unsupported boobies and the troubles I’ve had finding the support they need then you are more than welcome to peruse a previous blog post about them.

Simon has a rugby ball that he loves. I mean really loves it. He carries it around like a child. If he doesn’t have it in the park people question where it is. At around 6km he was running along without his treasured rugby ball, I shouted ‘Get your ball’ and he ran back to a spot about half a km away. He’d only gone and dropped his ball in the canal when he was trying to make friends with the geese! Most people would leave it in the canal, but I’m not most people. I am also not ashamed to admit I spoil that little Prince. 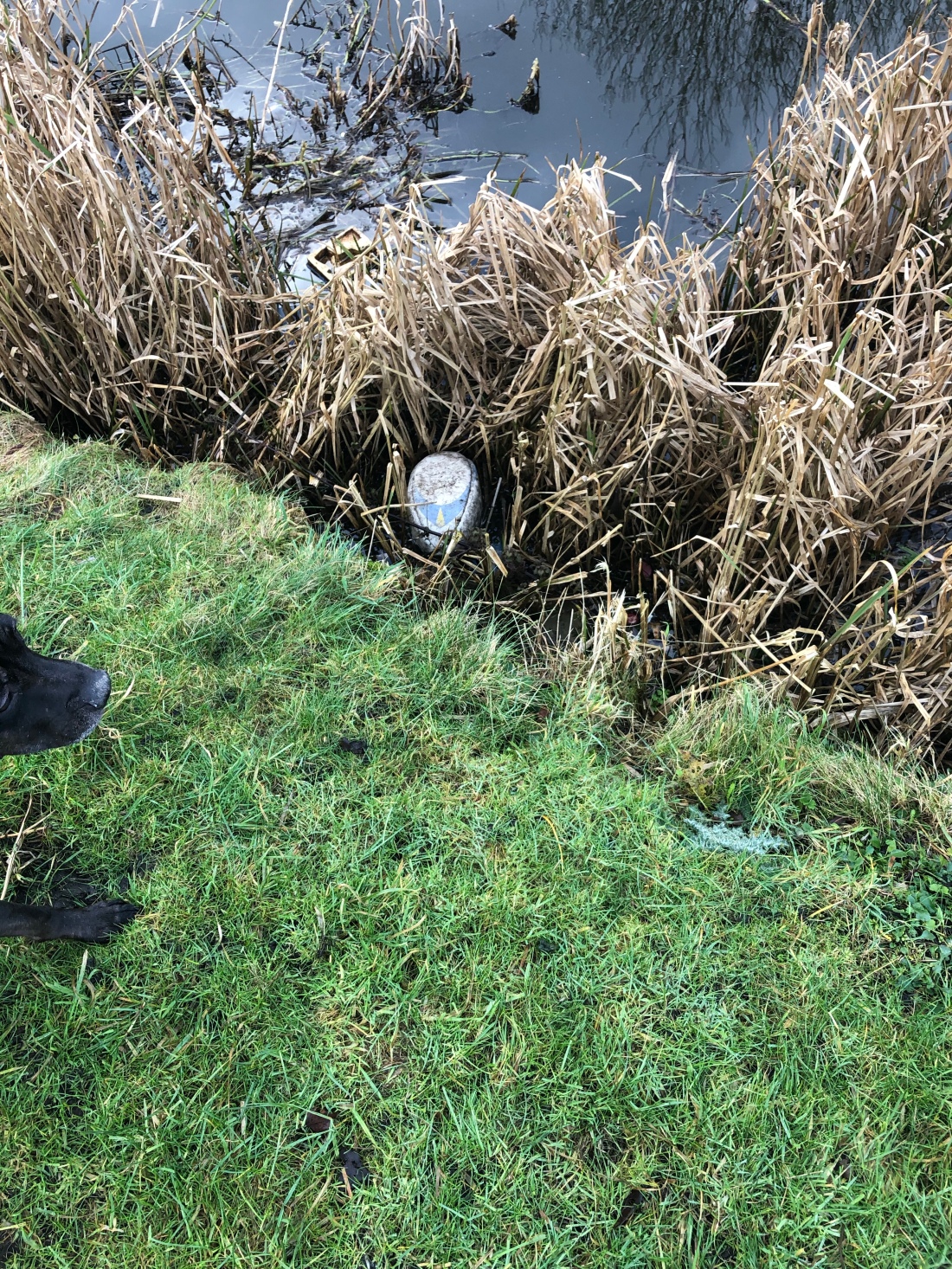 I also didn’t realise how far down the ball was.

I had to get on my hands and knees and slipped a little and grabbed a branch of nettles to steady myself. The dinosaurs on my legs were all muddy, my feet were filthy because it’s rained more in the past week than it has rained all 2020 (tried to make it funny but I don’t think it worked!), I had dirty hands and they were on fire. Simon had his precious rugby ball, so I think that’s a positive.

I do have something to add though – Doc Leaves. What on earth do they look like? I feel like I need to know for the next time I want to make a proper tit out of myself.

So now we’re back home. He’s all cuddled up on his Disney Princess blanket and I am nursing a hand that is stinging, swelling up and going red. Happy Days.