Just to start, for those of you that don’t know me personally we have a wonderful Pupper named Simon.  His full name is Simon James Stephanie Jamiroquai Astin. But that’s only on Sundays or when he’s misbehaving.  I promised my now husband, then boyfriend, 6 years ago that we can get a dog. On two conditions – we were homeowners not renters and we rescued. September 2016 we rescued the most beautiful 10 week old puppy from Bleakholt Animal Sanctuary. He’s perfect. He’s a staffy cross and everyone comments on how happy, well behaved and lovely he is. He’s won rosettes at dog shows for his tricks, he’s just magic! He is our pride and joy and we love him probably a little bit more than we would love our own children.  He’s that magic; he’s turned me from someone who wasn’t that interested in dogs –to someone who loves the doggos so much! Anyway, this is about running!

Last night we decided to go for a family run in the pouring rain. My running rain coat was wet through and my fit bit was going berserk and just wasn’t enjoying the wet sleeve on the touch screen. The canal looked beautiful – it was covered in green algae and the contrast to the dull, dark wet and dreary rain was quite incredible. I took some photographs for the blog, to write about how I was pleasantly surprised that running in the torrential rain can be as beautiful as running in the sunshine. 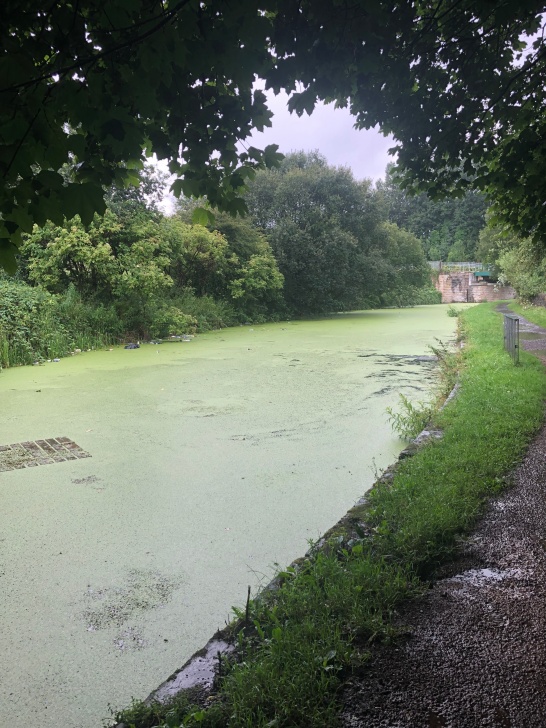 Now, our gorgeous boy loves to run with us. Although he is scared of everything he runs in front, waits for us to catch up then runs ahead even more. He loves to be chased. I’m telling you now he would absolutely smash a marathon. He would just think everyone was chasing him and he would think all his birthdays had come at once!

In his excitement of running, the rain, and just Wednesday feels – he ran on a grass patch on the canal edge and he didn’t realise the algae wasn’t grass and was infact water. He ran straight into the canal. He ended up somewhere in the centre of the canal. As he was swimming to the edge he went under a few times and seemed to be struggling to keep afloat. He’s normally a fantastic swimmer so I am not sure why that was but it was scary. He managed to get close enough to the edge that Joe could grab him and dragged him out by his collar. Joe was swearing loads and shouting in a panic. Simon didn’t seemed phased by any of this but I think the shouting made him feel like he was in trouble. We cuddled the shizz out of that boy covered in smelly canal water.

When he was younger and used to jump in the mud; we got him in a routine of a bath after a walk. Yes, I know. But I already told you, he’s our baby. As soon as we got in we shouted get in the bath and he had a lovely warm shower and a deep condition. (Which I had won on the Cancer Research does Doggy Dash – it’s incredible!) Simon seemed ok for the rest of the night, just really sleepy. After two shampoos and a deep condition his coat is as soft as a baby’s bum!

We spent all last night on edge worried about his tummy incase he had swallowed a lot of water; but he seems to be ok today. No emergency call to the vet just yet. Just lots of cuddles, kisses and maybe a walk in the park later on to see his friends. I keep saying to him, he doesn’t need to cause this much drama for a bath – he can just sit in the bath and we will warm his paws for him!

On the other hand, our trainers are wet through and I think we might not take him next time it’s throwing it down. A good run to get back into it after a rest from my 10km last week – my knees have been killing me. I also think I’ve just found a new love for running in the rain. Without Simon of course. That will change though when he gives me his puppy dog eyes. 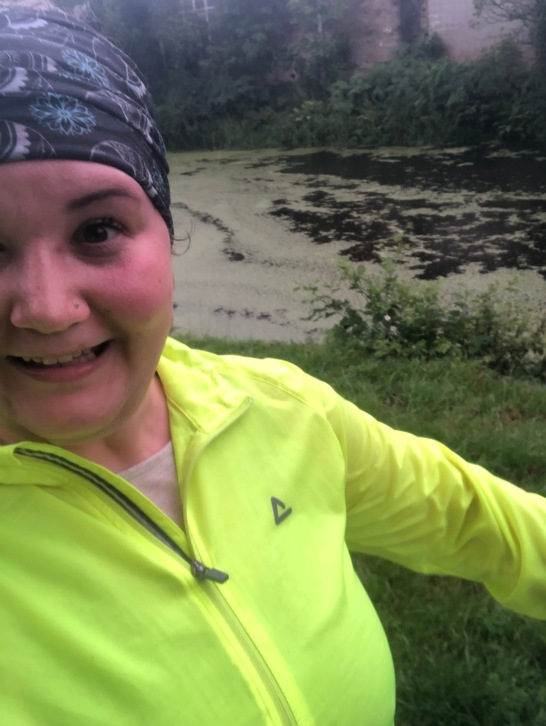